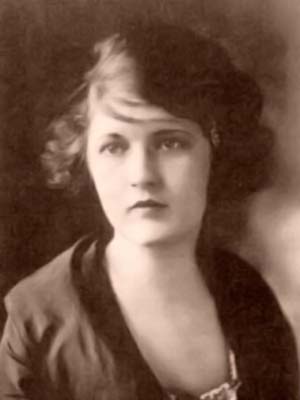 “I don’t want to live, I want to love first and live incidentally.”

Life for the woman who would come to symbolize the Jazz Age began on July 24, 1900 when Zelda Sayre was born in Montgomery, Alabama. Shortly after graduating from Montgomery’s Sidney Lanier High School, the vivacious and free-spirited Zelda caught the attention of army second lieutenant Scott Fitzgerald, who was stationed at nearby Camp Sheridan. Following their marriage and extensive travels, the Fitzgeralds rented a house at 919 Felder Avenue in Montgomery. Scott Fitzgerald would soon leave Zelda and their young daughter Scottie in Montgomery when he began work as a Hollywood screen writer.

Zelda filled her days with creative pursuits – ballet, painting, and writing. She outlined Save Me the Waltz, a thinly-veiled fictional account of a heroine named Alabama whose marriage was falling apart. During this same period, Scott wrote Tender is The Night, a fictional account of a destructive marriage. Competitive creativity added to their tumultuous relationship. Scott Fitzgerald died of a heart attack on December 21, 1940. Zelda tragically died eight years later when a fire swept through Highland Hospital in Asheville, North Carolina, where she was being treated for depression. Fellow Southern Literary Trail writer Tennessee Williams based his final play “Clothes for a Summer Hotel” on the final years of F. Scott and Zelda Fitzgerald, whose lifestyle came to epitomize the Roaring ‘20s.

The home of Montgomery's greatest romantics is now the Fitzgerald Museum, containing some of Zelda's paintings. Zelda’s delicate imprints linger in her hometown, from the shadows of her Old Cloverdale neighborhood to the marble steps of the Alabama Capitol downtown. On those steps, Zelda and her childhood friend Tallulah Bankhead often staged "dramas," ranging from political satires to cartwheels and delighting their surprised audiences of Alabama politicians. 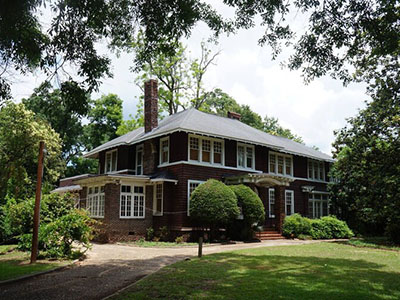