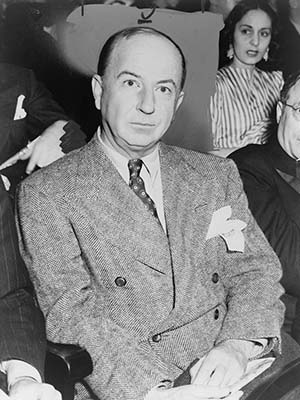 “My grandmother was said to have talked herself to death. Convalescing from a fever, she had defied the doctors and gone right on talking.”

Stark Young is one of Mississippi’s most diverse literary figures. He was born in Como, Mississippi on October 11, 1881, in the same region that produced William Faulkner and Tennessee Williams. He became a novelist, poet, essayist, dramatist, translator, professor, painter, and Broadway critic.

Initially a professor, Young founded the Texas Review while teaching at The University of Texas. He eventually moved to New York, where he became an editor of Theater Arts Magazine, drama critic for The New Republic and The New York Times, and one of the Southern Agrarians. As a translator, he transcribed Chekhov into English.

Young retained his self-described “Southernness, however.” In 1934 he published So Red the Rose. The novel was considered the definitive novel on the Civil War and Reconstruction until the publication of Gone With the Wind. An accomplished painter, his work was exhibited at such institutions as the Art Institute of Chicago. He received numerous accolades for his contributions to theater, including induction into the American Theater Hall of Fame.

Stark Young died in 1963. He is buried in Friendship Cemetery in Como. His hometown commemorates his legacy through a Literary Landmarks marker and the local library.