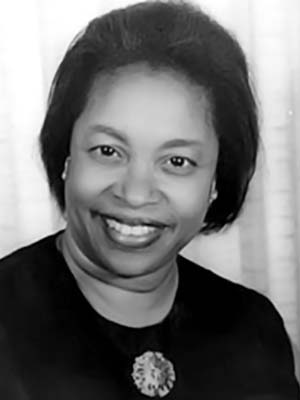 “My grandmothers are full of memories, smelling of soap and onions and wet clay, with veins rolling roughly over quick hands, they have many clean words to say, my grandmothers were strong.”

Margaret Walker was a minister’s daughter whose parents instilled in her a love of learning and literature. She was born in Birmingham in 1915 and eventually found her way to Chicago. Following graduation from Northwestern University, Walker became involved with the Federal Writers’ Project. Through her writing, she became acquainted with other writers in Chicago at the time, including Richard Wright.

Walker went on to earn both a master’s degree and a Ph.D. from the University of Iowa. She returned South after marrying, settling in Jackson, Mississippi. She continued to pursue her writing career while serving as professor of literature at Jackson State University. In 1942, she became the first African- American woman to receive a national literary award with her poetry collection For My People. She received further acclaim with her 1966 novel Jubilee, inspired by stories of slavery passed down to her. The heroine Vyry is based upon Alexander's great grandmother.

Walker remained devoted to Jackson State University throughout her teaching career. In 1968, she founded the Institute for the Study of the History, Life, and Culture of Black People. Now known as the Margaret Walker Center, it preserves African American history through archival records and "living memories." The center provides programming and exhibits in addition to an oral history collection.