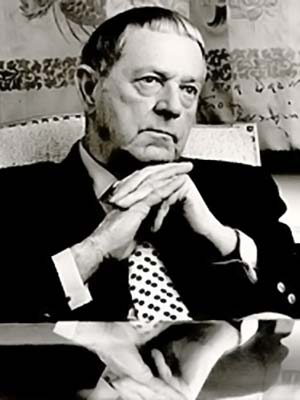 “Many Southern writers must have learned the art of storytelling from listening to oral tales. I did. It gave me the knowledge that the simplest incident can make a story.”

Born in Moreland, Georgia in 1903, Erskine Caldwell spent much of his youth moving about the South as his father, a Presbyterian minister, moved from church to church. His mother was a Latin and English teacher. She frequently wrote journal articles drawing attention to racial issues in the South, as his father did in his sermons.

His parents’ views had a profound impact on Caldwell and served as the dominant influence on his writing. He published his first book, The Bastard, in 1929, and its title drew controversy. Perhaps his most acclaimed work, Tobacco Road, came in 1932. The novel depicted the lives of white tenant farmers struggling with the Great Depression and mechanization of agriculture. A year later God’s Little Acre was published, portraying the lives and working conditions of mill workers. The controversy surrounding the title of The Bastard would follow him, however. While in New York on a book tour for God’s Little Acre, Caldwell was arrested, and copies of The Bastard were seized at the instigation of the New York Literary Society.

Caldwell died in 1987. Though he left Georgia as a young adult, he wrote “I like to think that I am as much a Georgian as Brer Rabbit,” referencing the work of another Georgia writer on the Southern Literary Trail, Joel Chandler Harris. “The Little Manse,” his childhood home in Moreland, Georgia, houses a museum of Caldwell memorabilia and is open for tours. Moreland is also home to well-known humorist and journalist Lewis Grizzard. 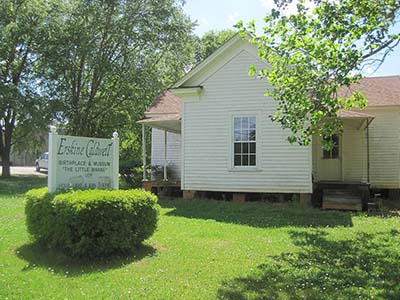