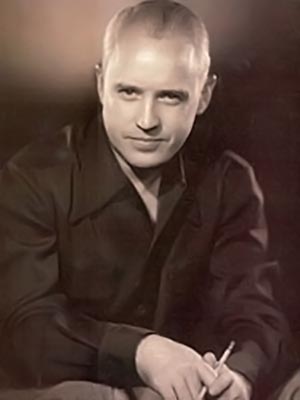 Born in Hartselle in 1910, William Bradford Huie experienced the 20th century’s most defining moments, from World War II to the Civil Rights movement. His natural inquisitiveness and desire for truth enabled him to chronicle the period as a writer of both fiction and nonfiction as well as an investigative journalist. His first book Mud on the Stars, published in 1942, was an autobiographical novel inspired by his years growing up in Hartselle.

Huie drew on his experience during World War II when he penned the controversial The Execution of Private Slovik. Slovik was the only American soldier since the Civil War to be executed for desertion, with the execution authorized by President Eisenhower. The film rights were bought by Frank Sinatra, but plans were halted when the Department of Defense prevented production. The film was not produced until 1975, and it became a successful movie. As the Civil Rights movement unfolded, Huie was at the forefront of reporting. He delivered the confessions of Emmett Till’s murderers to the national press. His experience with the case provided the basis for his book Three Lives for Mississippi, which would eventually become the film Mississippi Burning.

Hartselle remained home for Huie. Following his death in 2006, the local public library was named in his honor, and today it houses a permanent exhibit of Huie memorabilia. William Bradford Huie is buried in the Hartselle City Cemetery along with members of his family.