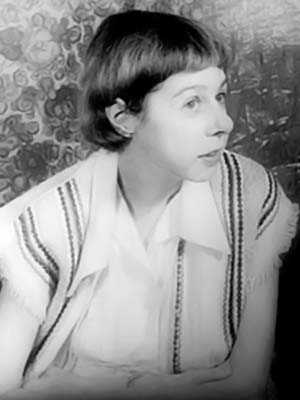 “In our old Georgia home we used to have two sitting rooms—a back one and a front one—with folding doors between. These were the family living rooms and the theatre of my shows. The front sitting room was the auditorium, the back sitting room the stage. The sliding doors the curtain.”

Carson Smith McCullers was born on February 19, 1917 in Columbus, Georgia. Growing up, she dreamed of becoming a concert pianist, a dream that was shattered when rheumatic fever left her too weak to practice. She turned to reading and became enamored with the works of Eugene O’Neill at the local library. She would later say that she dropped the final curtain on her sitting room shows “when I first discovered Eugene O’Neill.”

By age sixteen, McCullers had written her first short story, Sucker. At twenty-three, she published her first novel, The Heart is a Lonely Hunter, in which her hometown of Columbus clearly plays a part. In The Member of the Wedding, published in 1946, aspects of McCullers’s own childhood are depicted. The Member of the Wedding appeared on Broadway in 1950 and received the New York Drama Critics Circle Award for best play. She formed close friendships with other writers, most notably fellow Southern Literary Trail writers Truman Capote and Tennessee Williams.

McCullers’s health declined following a series of strokes. Her final novel Clock Without Hands was published in 1961, and she continued writing until her death in 1967. In the words of another Southern Literary Trail writer, Richard Wright, McCullers had the ability to “embrace white and black humanity in one sweep of apprehension and tenderness.” Columbus State University maintains her childhood home and established the Carson McCullers Center for Writers and Musicians. The center hosts frequent programs dedicated to cultural initiatives and the preservation of Carson McCullers’s legacy. 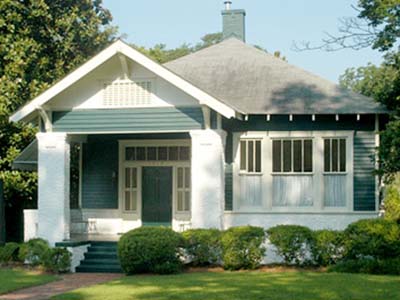